The Financial Supervisory Authority (Finansinspektionen, FSA) is already eyeing the next step in tackling Swedish household debt after the new amortisation requirement will start to apply on 1 June.

At a meeting with the press on Wednesday director general Erik Thedéen described the Swedish mortgage borrowing as car driving too fast on a motorway, and said, “We must slow down otherwise the risks will increase. We don’t know what could spark a crisis or a decline.”

The FSA will not tighten existing legislation, but the financial watchdog is currently analysing a proposal of a loan ceiling for borrowers of 600% of disposable incomes.

In an Uppdrag Granskning programme to be broadcast this evening, SVT will report that Nordea loaned three billion kronor, via mailbox companies set-up in tax havens, to the Kazakh oligarch Serzhan Shumashov, who is close to Kazakhstan’s autocratic president, Nursultan Nazarbayev.

“This is as bad as it can be,” says Albin Rännar, head of market watch for the Swedish Shareholders’ Association (Aktiespararna).

Per Bolund, the minister for financial markets, says the revelations give “cause for concern”. He presumes that the Swedish Financial Supervisory Authority (FSA) will look into the allegations, as part of its investigation into Nordea following the Panama Papers leak.

The government has decided to task the Financial Supervisory Authority (FSA) to map and analyse how the Swedish financial sector can contribute more effectively towards achieving the goal of sustainable development
The government has even said in recent talks with the sector that it would be prepared to legislate if there is need for such a step.
“In the case of the fund market, France has already introduced a law obliging financial institutions to report their carbon footprint. I hope the industry will see the need for this before we need to legislate,” says Per Bolund, financial markets minister. 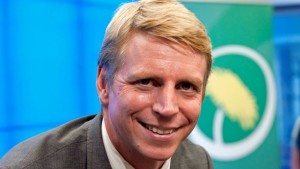 Falling house prices and a sharp decline on the stock market could pose a serious shock to the economy, warns the Riksbank in its latest financial stability report. Indebtedness in the household sector has increased since June to an average quota of 175%.
The mandate for macroprudential policy of the Financial Supervisory Authority (Finansinspektionen) should be clarified as soon as possible, as well as further necessary measures to manage households’ indebtedness, urge Stefan Ingves, the Riksbank governor and Kasper Roszbach, head of the financial stability department.
“Although asset prices have partly declined recently the Riksbank’ analysis shows that current valuation of Swedish equities is high by historical standards, and therefore implies an elevated risk of a fall in equity prices,” states the report.

The rapid rise in household debt is worrying the heads of the Riksbank, the Financial Supervisory Authority, and the National Debt Office (Riksgälden). The three write in Dagens Nyheter (DN) that low housing construction, falling interest rates, and scrapped taxes have driven up home prices and spurred borrowing, and warn that this trend could forebode the coming of a financial crisis. Amortisation requirements should be implemented as soon as possible, conclude the three.

Christian Clausen is resigning from the post as chief executive of Nordea, and denies any conflict between himself and Björn ‘Nalle’ Wahlroos, chair of the board of Nordea. Clausen’s successor Casper von Koskull, who was recruited to the bank in 2010 by Clausen, says that his predecessor’s financial targets and strategy for the bank, presented in the spring, remain unchanged.

Meanwhile the Financial Supervisory Authority (FI) is said to have been hesitant to Clausen continuing in the post as Nordea’s chief executive after the bank’s failed efforts to properly tackle money laundering. In May the Swedish regulator issued a warning to Nordea and the maximum fine of SKr 50 million over its lax anti-money laundering controls.

According to what sources have told Svenska Dagbladet (SvD) the Authority’s criticism of Clausen triggered his resignation. Clausen himself denies this in an interview with Dagens Industri (DI), “There is no conflict. We’re agreed on what will happen and we’ve run this process together. ‘Nalle’ has also asked if I want to sit on the board of Sampo, which I would like to do.” He also describes the FSA’s criticism and fine as his biggest failure as CEO of the bank.

Clausen leaves his post with a pension worth over SKr 140 million.