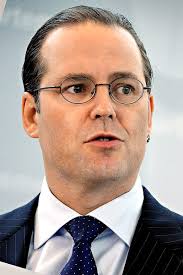 In practice, inflation is dead in Sweden, which means that the central bank, the Riksbank, should act more forcefully, Anders Borg, the former finance minister, has said in an interview with business weekly Affärsvärlden.

He warned that Europe faces a long period of stagnation; price pressure will remain low as a result of a weak banking system, rapid digitalisation and globalisation.

Borg also said that irrational currency movements were to be expected as a result of zero interest rates, and that this was “extremely dangerous for export-dependent countries such as Sweden”.

In its latest Sustainable Economic Development Assessment (SEDA), the Boston Consulting Group (BCG) ranks Sweden in 5th place in a comparison of 149 countries. However, BCG finds that Sweden is lagging behind comparable countries such as Canada, Germany, Japan, South Korea, Switzerland and the US in terms of the infrastructure, education and economic stability.

“Economic stability should be taken with a pinch of salt. We’re talking about inflation expectations, but as far as the infrastructure goes, there is a big gap. And, as we are all aware, Sweden is lagging behind in education,” says Johan Öberg, MD of BCG Sweden.

Öberg is critical of government policy, saying no package has been presented to address the fundamental challenges regarding education and talent.

Azerbaijan’s presidential family is believed to have swindled the state out of the equivalent of SKr 6 billion, with the help of Nordic operator TeliaSonera, according to Swedish investigative programme Uppdrag granskning, the TT news agency and the Organised Crime and Corruption Reporting Project (OCCRP).

In 2008 the Azerbaijan state said it intended to sell its holding in TeliaSonera’s Azercell subsidiary. One of TeliaSonera’s holding companies acquired the state holding at an extreme discount; for USD 180 million, instead of the market value of USD 780 million.

In spite of the bargain, the Telia sphere handed over the whole purchase to a local partner, Cenay Iletisim, who has ties to the president’s daughters, and apparently without the partner having to spend a penny. Telia’s company financed the purchase and the local partner was paid back in dividends from the common activities.

Since 2008, the partner has received dividends of around SKr 2 billion. The partner also has the right to be bought out by the Telia company at the market price of SKr 6.8 billion, according to the latest annual report.

Swedish companies are naïve in their approach to corruption, finds EY (formerly Ernst & Young) in their annual fraud survey of corporations in Europe, the Middle East, India and Africa.

According to EY, Swedish companies fail to follow up on anti-corruption policies and also fail to give employees the necessary training to detect fraud. A mere 13% of Swedish firms run background checks on suppliers and other partners, while the European average is 18%. In addition, many Swedish firms have failed to build up a robust whistle-blower mechanism.

The OECD is to launch a new in-depth report on Sweden’s future skills requirements and the fact that many companies seeking to recruit find it hard to match sufficiently skilled people to the jobs available. Currently firms are finding it particularly hard to recruit skilled people to fill vacancies within the IT, specialist nursing and plumbing sectors.

Moreover, a new Nordic research report shows that nearly four in ten Swedish employees consider that they need more training in order to manage their current jobs. The report also shows that Swedish employers are the worst among their Nordic colleagues when it comes to paying for employees’ further training. The Swedish government, which is co-funding the OECD report, hopes that all involved players will “become more receptive to continually changing skills’ needs”.

The share of foreign-born people in the Stockholm region in employment has increased, and the number of sick days among the same group of Stockholm citizens has decreased, finds a new report by the Stockholm Chamber of Commerce.
Integration data is pointing in the right direction when it comes to employment, health and income levels for foreign-born citizens, but not within education where the share of foreign-born students who qualify for upper-secondary school programmes has decreased since 2004, shows the report.

Jen Weddon, head of threat and intelligence analysis at Fireeye, says that one cyber attack, via email and containing information about Russia’s President Vladimir Putin during his ten-day absence from the media spotlight in March, was aimed specifically at the Nordic region’s foreign ministries.

In the case of China, the attacks against Nordic companies are primarily focused on operations in the Arctic to do with energy sourcing and maritime routes.

Anglo-Swedish pharmaceutical company AstraZeneca is investing SKr 2.3 billion in a new plant in Södertälje to expand its biotech drug manufacturing. The planned investment will create between 150 and 250 new highly skilled jobs in Södertälje. Subject to future growth of the life science sector in Sweden, the investment could total SKr 8.2 billion, and finally lead to between 800 and 1,000 highly qualified jobs at the facility, says Pascal Soriot, chief executive of AstraZeneca.

According to Soriot, the company has chosen to invest in Sweden for three reasons; the highly skilled staff in Södertälje, the country’s good research base, and the favourable business climate and competitive tax levels.

Sweden’s CPI inflation reading for April was a negative 0.2% – down from +0.2% in March – while underlying inflation fell from 0.9% to 0.7%. Cheaper holidays, lower interest rates and falling electricity prices contributed to the downturn.

The Riksbank has low tolerance of negative surprises and it is feasible the central bank will cut its benchmark rate further in the coming weeks, particularly if the Swedish krona strengthens against the euro.